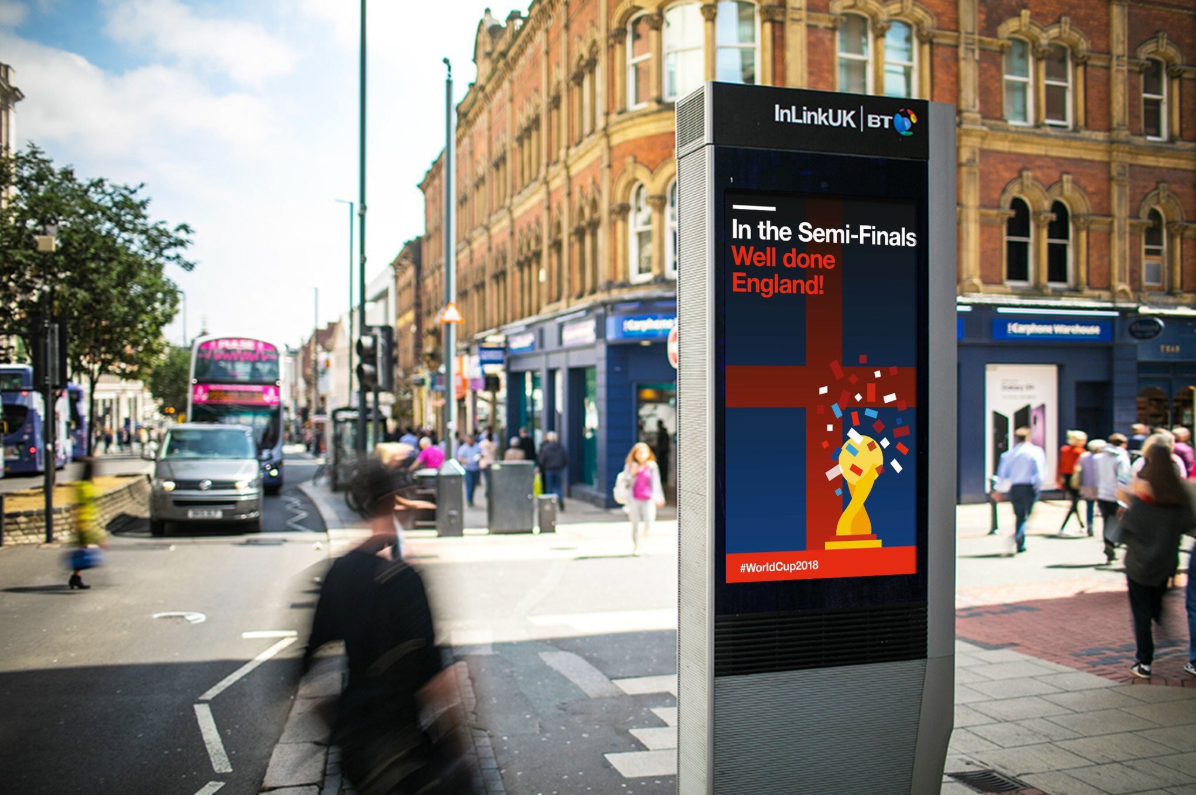 Advertising is of course the Art of Persuasion. The investment in transmitting a message needs to have a clarity of purpose which attracts attention, communicates a proposition and makes an impression that either effects change or reinforces behaviour.

The opportunity to send messages changes constantly with the evolution of technology and community, which has led to the explosion of personalised communication through online media over the past decade. But in the rush to embrace the new, many have forgotten the well-learnt lessons of the past; the omnipresent truth is that how the message is received is different from and, I would contend, more influential than how it is sent.

Three psychological effects illustrate this need for clients and planners to refocus their own attention, while the findings by Primesight through our Big Impression tracking study are simultaneously indicating what this could mean for the venerable OOH advertising channel

Firstly, and often forgotten, is the importance of ‘cultural imprinting’. Kevin Simler explains in his 2014 paper, ‘Ads Don’t Work That Way’, that cultural imprinting is how brands change the landscape of cultural meanings through their messaging, which in turn affects how we are perceived due to our use of such brands – for example, using an Apple iPhone ‘says’ something about you. Further, for these perceptions to take hold, everyone must know about the product and know that they know about what its wider cultural meanings are. To achieve this in the recipient requires a broadcast media; one must see the message and know that others in his or her peer group have also seen it. Indeed, everyone must know that everyone else knows it— and know that they know that they know it... and so on – a sort of ‘knowledge feedback loop’.

By its personal and fragmented nature, online simply does not deliver this cultural imprinting. Because the advert is consumed in the bubble of one-to-one personalised communication, the ‘knowledge feedback loop’ cannot take place, while an open public facing communication channel such as OOH is perfect for creating this powerful impression. Since OOH’s origins, it has been, and continues to be, a constant backdrop to nearly all our daily journeys through life.

At Primesight we have been measuring the most-seen OOH campaigns through the Big Impression study every for the past 9 months. Working alongside our partners at Opinium, 2,000 respondents are contacted every fortnight to ascertain which campaigns garnered the highest recall. The most recalled brands – such as McDonald’s, Sky & BT – have generally invested more heavily than the average, and consequently created a powerful cultural imprint. We have also identified an additional uplift in recall for campaigns that are linked to key cultural sporting events, such as Sky Premier League in August 2017, and BT Sport Ashes last winter. These examples, among others, reaffirm the connection between impressions received and their cultural significance.

Secondly, we were reminded by Rory Sutherland of the importance of ‘Honest Signalling’. He says “we have been in thrall to a Silicon Valley idea of what advertising is…the whole purpose of advertising being to deliver a message from a source to a recipient, regardless of the context in which it’s delivered or with anything to do with the nature of the content itself, and you deliver that message as accurately and cost-efficiently as possible”. Rory’s analogy then involved a hotel doorman and the consequences of his proposed absence. In this case, the approach would remove the hotel doorman and replace him with an automatic door-opening mechanism in a drive for greater efficiency. What would be missed however are the numerous other, and arguably more important, functions provided by the doorman, such as presenting an image of the hotel, signalling a secure environment, etc. Moreover, honest signalling is the antithesis of the ‘Silicon Valley’ view of what advertising is, i.e. you wouldn’t invest large sums of capital on expensive advertising formats if you didn’t care about the reaction to the message on the part of the audience, and much of this reaction is determined by the context in which the message is received.

The OOH channel has long been perceived as a trustworthy platform, as its very public and physical presence bestows the messages displayed upon it with an aura of trust and respectability – as recorded since the 1970’s ‘People Like Posters’ survey and more recently in 2014 in the Outdoor Media Centre ‘Power of 5’ proposition. It provides the impression of an open, totally transparent, and honest message in which a brand is secure enough about its future to invest in a real estate based communication. The established partnerships between local authorities, transit companies and telephony operators with outdoor media owners in the incorporation of OOH products has magnified this positioning of trust. The recent development of InLink kiosks in partnership with BT is a great example of this as millions of public users also trust the Wifi, search, mobile charging and free calls inextricably linked to the physical presence of an advertising screen.

Finally, we see that the power of context has created significant difficulties for online advertisers, whose ads have been placed within content that jars with, or indeed entirely disenfranchises, its audience; this is a missed opportunity for the powerful psychological influence that contextual content can provide when harnessed effectively.

Changing technology has opened up alternative opportunities for harnessing context through the development of flexibly addressable digital OOH screens.

Messages can be delivered that align to specific audiences, behaviours and mindsets, and delivered according to a range of triggers including time of day, day of the week, or personalised data sets.

Unsurprisingly, some of the most technological based companies have been quickest at spotting this Omnicom’s OOH specialist agency, Talon, has published a collection of research conducted into their contextually relevant campaigns delivered on both digital and classic OOH sites. Out of the many examples highlighted, the creative campaigns delivered by Google stand out. Crucially, Google recognise the importance of delivering relevant and, above all, meaningful messages to a broadcast audience. Google began their investment in OOH in 2011 with the ‘Voice Search’ campaign, and research undertaken by MGOMD and JCDecaux showed that search increased by 70% during the the campaign as a result. The campaign harnessed classic OOH sites and the creative featured locations spelt out phonetically. This was followed in 2013 by executions on digital sites for the Google Search App, and used thousands of pieces of unique real-time data. The bus-shelter screens which were utilised for the campaign became ‘smart’ and anticipated consumer needs in those specific areas. The data was used so that the screens would then serve the directions to nearby locations which were of interest to passers-by. The campaign carried on throughout 2014 and was truly a ground-breaking OOH execution. Locational smart-messages were shown to drive action; in post-campaign research, over half of respondents exposed to the campaign felt more positively towards Google as a brand, the perception of Google as ‘innovative’ increased by 11%, and 1 in 5 respondents had downloaded the app as a result of seeing the campaign (Talon/MGOMD/Google). Google have since delivered contextually relevant copy on digital sites where they have long-term holds, such as JCDecaux’s impressive Old Street roundabout site. Interestingly, the research that has been undertaken into these campaigns has also focused on what contextual elements are the most useful in bolstering effectiveness; OOH relevant to your ‘activity’ (e.g. where to get your morning coffee) increased metrics by 12%, OOH relevant to your location (e.g. ‘Hello London’) increased brand metrics by 9%, and relevant to time of day (e.g. traffic/weather reports) increased brand metrics by 8% (Talon/OMD/JCDecaux/Google).

The big tech companies themselves recognise the importance of adding layers of context and meaning to their branding, and understanding the power this has on how consumers perceive their brand. Moreover, YouTube, Facebook and Twitter have all utilised the medium to deliver contextually relevant campaigns.

The Oreo Eclipse campaign perfectly captured the moment and created a unique shared experience. The campaign was viewed on video 20 million times and generated 6,000 tweets, whilst YoY sales of Oreo rose by 59% (PHD/Talon/Grand Visual). The fact that it’s quite the opposite of highly targeted, personalised content is the reason it works so well. In raising awareness of the Oreo Eclipse, PHD had bought cover-wraps in News UK publication The Sun. The campaign combined context with mass cultural imprinting, as did the campaign for News UK, which innovatively used Digital OOH in one of the best examples of contextually relevant OOH campaigns of recent years. ‘Tournamental’ ran throughout the UEFA European Championships held in France during the summer of 2016 and involved the creation and delivery of real-time commentary for adverts across more than 700 digital OOH screens. Pulse Creative, The Sun’s in-house agency, wrote the headlines as puns such as “Enjoy the Reds in Bordeaux”. Many of the headlines were specifically relevant to events which had just taken place, so when Iceland had just knocked out England from the tournament the screens immediately broadcast the message, “There’s No Iceland 2-for-1”. By the end of the tournament over 5,000 headlines had been delivered. The ‘Tournamental’ campaign reached millions of people and won four Creative OOH awards as well as a prestigious Cannes OOH Lions award.

Twitter won the 2017 OOH Lions Grand Prix thanks to its innovative utilisation of the medium. The U.S. campaign featured no copy, just hashtags and Twitter logos from news and pop culture. One execution showed Hillary Clinton and Donald Trump staring out over New York City. It is encouraging to see a creative usage of the medium – capturing a specific moment in time during the 2016 U.S. Presidential Election using, in this case, classic OOH billboards. This once again showed again that the most venerable advertising platforms can deliver innovative, popular, and award-winning campaigns for the newest companies on the planet.

Our medium is constantly changing and there will always be a focus on new research and better resultant insight, but attracting attention is an old art and mistakes can be made when we forget the lessons we have already learnt.

Our focus on The Big Impression will continue to provide a unique insight into the public perception of brands and products that want to create a real impression through public fame in our collective lives.