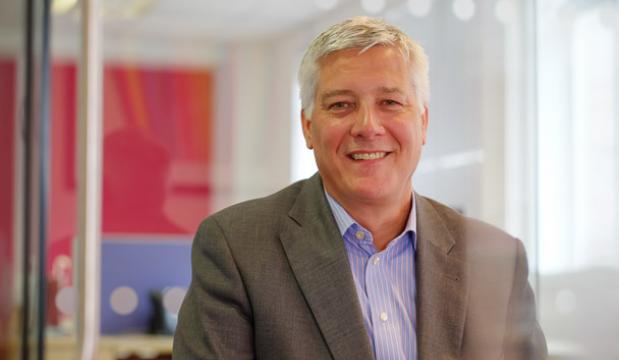 Outsmart, the marketing body for the OOH industry, launched three months ago with a mission to understand what can take the sector to the next level. Here, its chief executive, Alan Brydon, explains what happens now.

Since Outsmart launched on 24 September I have been around many OOH media owner, specialist, media agency and client companies - to present, to discuss with, and to listen to their views on the medium, and the industry.

There are a number of very consistent themes, and it is these that will drive what the Outsmart, its members, and our other partners within the OOH family industry focuses on into 2016 and beyond.

The first and probably most prevalent theme is one of positivity about the medium. More than any other it is the medium where technology, driving consumer behaviour, is bringing opportunities and growth in audiences, rather than challenges as with other media.

I'm not for a moment suggesting that these challenges make other media not valuable or not worthwhile. But they are challenges nevertheless: audience declines, inflation, ad avoidance, etc.

And the OOH medium can deliver in combination better than any other the four crucial things that every client and every agency wants from its marketing and media effort - Impact, Action, Relevance and Creativity. That's why every planner in town should be thinking about and recommending OOH more than ever before.

The OOH medium has bigger audiences, uninterrupted communication, without any fast-forward or adblocker technology...and it also has ever improving inventory, and ever more sophisticated planning, buying, creative and deployment opportunities.

Technology will mean that the digitisation of the medium will continue, at lower cost, more quickly, and to even better levels of quality; trading processes between media owners and specialists will become better and more efficient (indeed they are already with the introduction of SPACE); and real-time automated trading will develop apace, again allowing not only efficiencies but better and more effective deployment opportunities for advertisers.

And a really key element that makes OOH incredibly exciting for advertisers is how much and how often people are using their connected device whilst out and about. We at Outsmart are in the middle right now of a very major piece of research which will indicate just how much more people snap, search, share and shop on their devices whilst they are out and about, and how much more they do so for brands that are on posters than for those that are not. We'll have the results ready by the end of Q1 2016.

The other big theme that has come out of all my conversations has been 'effectiveness' in all its forms.

Demonstration of effectiveness is, quite rightly, a prerequisite for any medium. But the OOH medium has in the past been rather on the back foot in this area. It has allowed others to take the lead (particularly in the ROI area) at its expense, and it has been rather disjointed in the blowing of its own trumpet in all effectiveness regards. And yet, as I've already found in my first few months at Outsmart, there is a whole load of evidence that OOH works.

OOH won't ever have a single 'magic' ROI number - such a diverse medium can't realistically have one."

Of course there is, because of course it does. And what's more, as well as case histories and bespoke research, a lot of that evidence is squarely in the ROI area. We - all of us in the OOH family - need to coordinate a fact-based and evidence-based effort to make advertisers and agencies aware of the realities.

Namely, that when econometric modelling is understood and applied correctly, and when the 'R' in ROI is correctly defined and measured in that context, then OOH can be as potent and as effective as any medium.

OOH won't ever have a single 'magic' ROI number - such a diverse medium can't realistically have one - and again we won't be suggesting that other media can't and don't work alongside OOH.

But we will be trying to ensure that measurement is valid, methodology is correct, and that resultant learnings are understood, discussed and learned from. Surely only what any client would want after their significant investment in any medium? I have no doubt that in this scenario, OOH will be shown to work more often, in more ways, for more clients.

The final big learning I've got over the last few weeks is that in quite a few important areas, simply what is nowadays possible in OOH isn't fully understood.

Certainly in the creative community, sometimes in the client community, and occasionally in media agencies, there is a real opportunity for 'enlightenment'. Not telling people how to plan, how to write great ads, or how to deploy funds, but rather, simply making sure that all of the possibilities, technologies and opportunities are known about.

2016 and beyond is an incredibly exciting time for OOH, and we'll be doing all we can to make sure that advertisers and agencies share in that excitement with us, and benefit from those four crucial components - Impact, Action, Relevance and Creativity.