To celebrate the launch of Lynx Apollo, Unilever aimed to fulfil a stratospheric brief: make one ordinary guy the ultimate chick magnet hero and send him to space, earning him the Lynx Effect that would last a lifetime.

To create a sense of anticipation, a countdown was played across rail and underground digital screens to build up to a big launch moment, followed by the largest ever multi-media broadcast.

A specially recorded announcement by Buzz Aldrin was broadcast across digital OOH screens, followed by a dynamic campaign across digital networks, which were geo-fenced, to deliver countless ‘entry’ points via text messages for guys who travelled. The next stage included interactive 6-sheets at key roadside and mall locations, encouraging guy’s to take a picture and put themselves in the creative as the astronaut. A 40 foot, socially enabled, astronaut was suspended in Westfield, becoming the largest ever interactive Digital OOH special build.

The campaign resulted in 87,000+ applications and almost a million online votes in the UK & Ireland. Further successes included attracting 30,000+ social media interactions and generated 5,500 photo submissions. The UK also outperformed every other country in the Global campaign and sales of Lynx Apollo products soared up by 19% to the previous year. 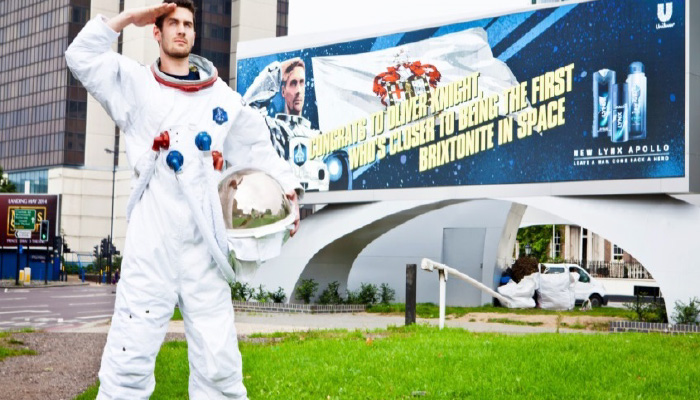 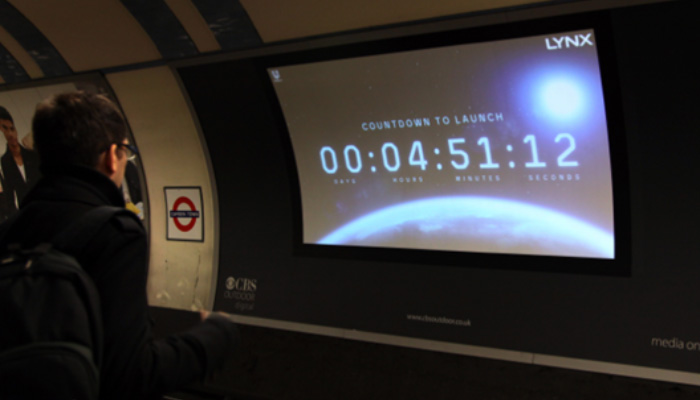 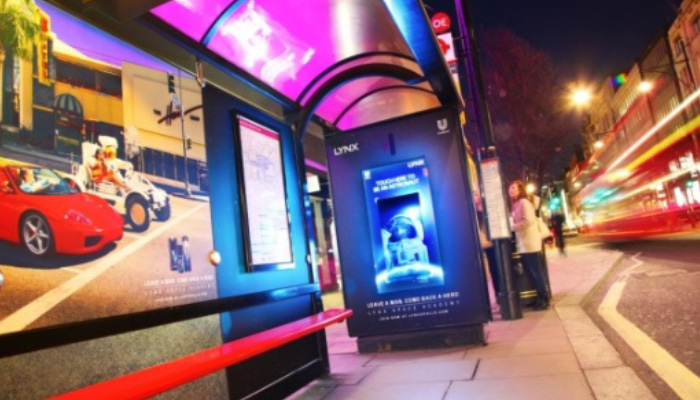