The London Underground is fundamental to the Metro newspaper’s distribution network and is engrained in the daily lives of most commuters. First and foremost, Metro wanted to inform and entertain people on their morning commute, but they also needed to increase brand consideration and loyalty.

Metro ran a high impact Out of Home campaign across the London Underground. Not only was this environment fitting due to its ubiquity in the lives of Metro’s core audience but it is the epicentre of where the newspaper is distributed. As a result, the witty creative only appeared on the London Underground and ran on Cross Track 48 Sheets and Tube Car Panels.

The results were staggering as 72% of the primary target audience recalled the ad, which solely ran on OOH. The ad recall was even higher amongst frequent Tube users at 84%, proving that an ‘always on’ approach delivers results. The likelihood to consider reading the Metro in the next month increased by 11% amongst respondents who recalled the Out of Home ads. 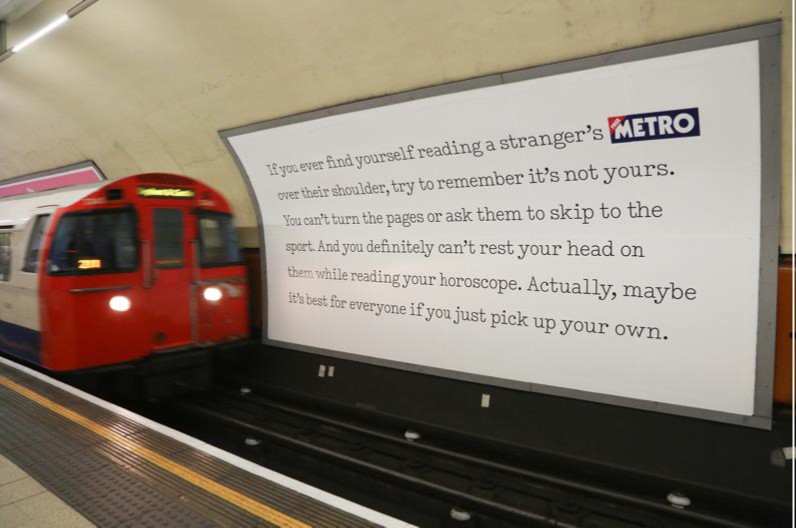 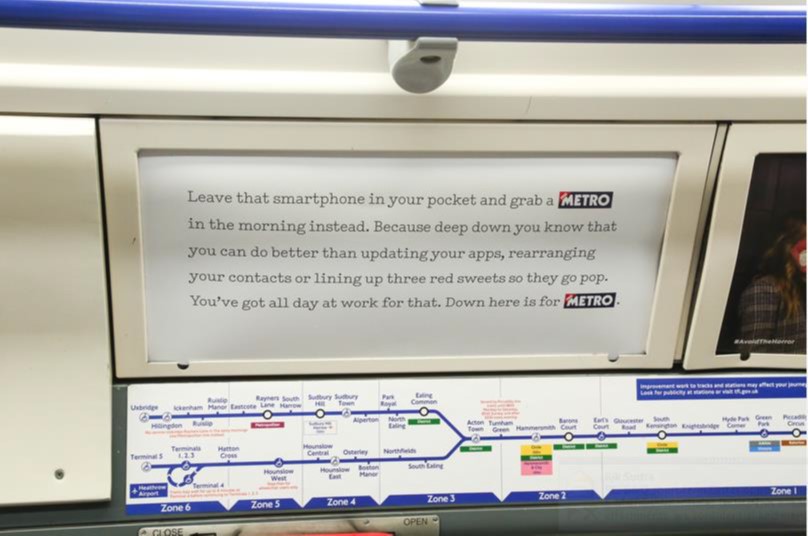