As the second instalment of Despicable Me approached its release, Universal Pictures wanted to promote the film using the breakout stars of the original: the Minions.

Using a combination of digital and traditional outdoor media across the UK, France, Spain, Norway and Finland, the campaign brought to life the seemingly endless number of the little yellow creatures, and the mischief and mayhem that often follows. The traditional media covered buses and posters in schools to create an unavoidable buzz, while selected digital screens were used to allow people to interact and create personalised content to share online.

The campaign’s success contributed to topping the global box office with $100.5 million in ticket sales – Universal’s biggest ever opening for a film! The film went on to earn a five-day total of more than $142 million, breaking the record for the greatest five-day earnings for an animated film. 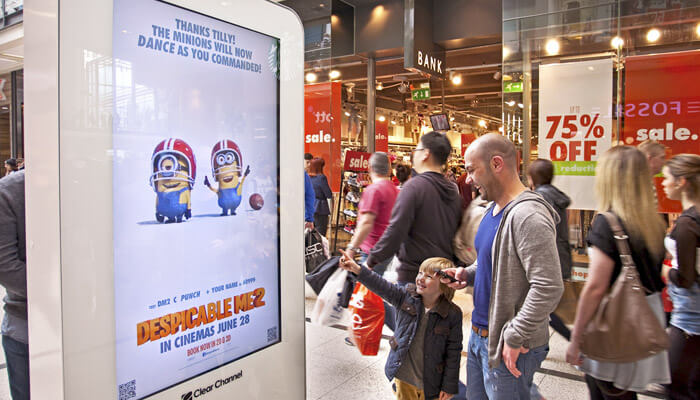