To celebrate the 10th anniversary of the McDonald’s Monopoly partnership, McDonald’s wanted to captivate the nation with one of Britain’s most loved board games.

The “Golden Chances” campaign had £10 million worth of prizes up for grabs. The nationwide campaign displayed live updates showcasing the number of prizes claimed across the UK. Over 200 screens, were used, all of which carried a regional message. McDonald’s also pushed the campaign on social media and emphasised their in-store promotion of the partnership.

The campaign was a huge success with a fifth of the target audience seeing the DOOH ad. 73% said that they would likely visit McDonald’s to play Golden Chances. The location based targeting strategy was a triumph; as 69% of those reported said the ad was relevant to them. The campaign also delivered visual impact with 83% reporting that the OOH ads caught their eye. 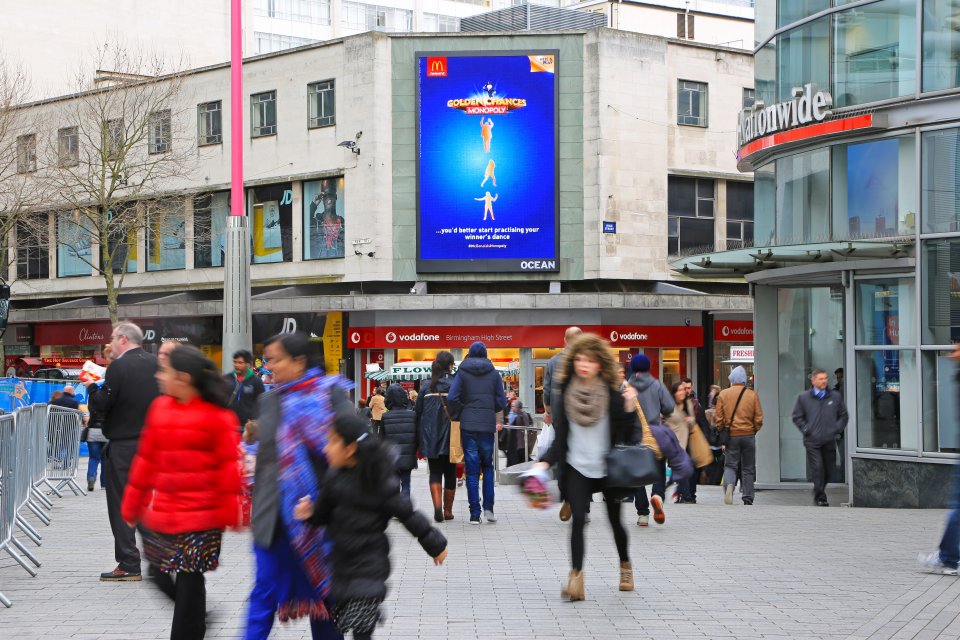 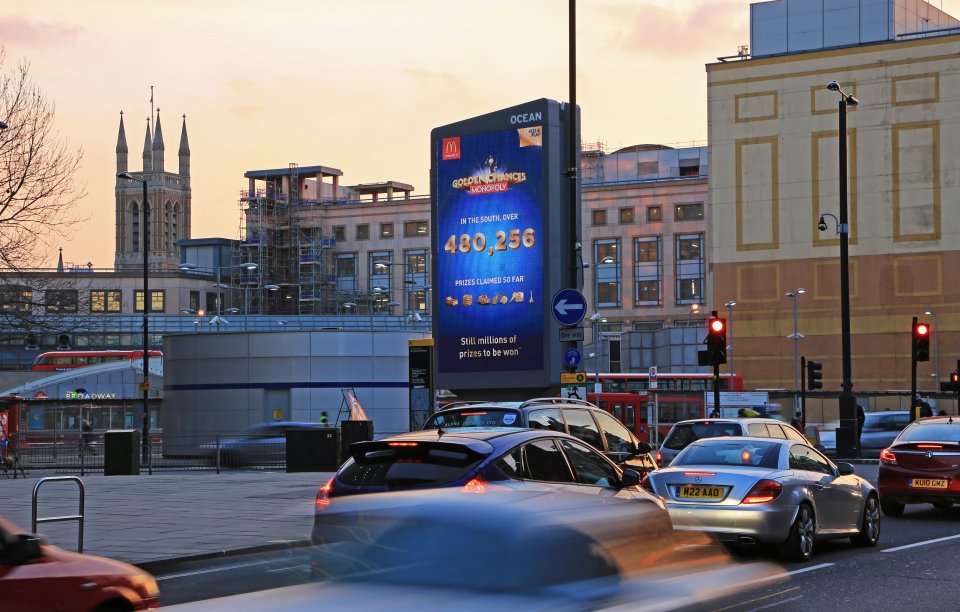 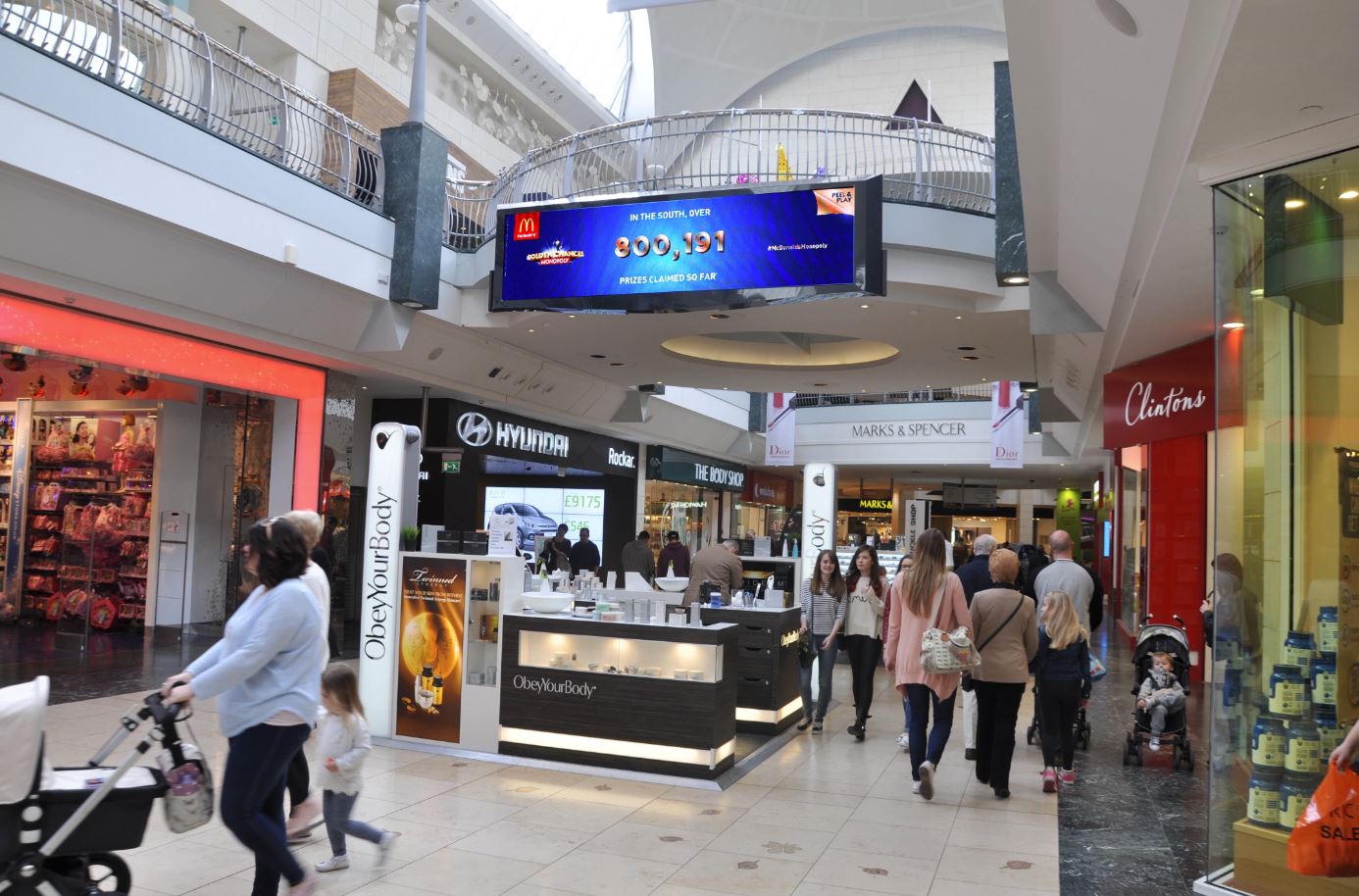