NOW TV, a non-contract Video on Demand service powered by Sky TV, needed to engage with the young family audience over the summer holiday period, in order to drive consideration of their movie content. A digital Out of Home campaign was chosen to do just that.

The campaign featured an interactive game where cinema-goers were introduced to an array of the fun-loving characters that appear on NOW TV. The cinema environment allowed SKY to reach a family audience with an interest in films whilst the flexibility of DOOH allowed the campaign to run a weekend takeover in 10 of the most popular cinemas across the UK. The interactive element was supported by classic 6-sheets in over 300 cinemas to ensure maximum reach.

The results were staggering as the campaign delivered 16,597 plays in just eight days. 92% of players completed the game which indicated high levels of engagement. Over 50% of respondents said that the game had caught their attention. 1 in 5 agreed that the interactive element made NOW TV memorable. The same number stated that they would recommend NOW TV to their friends and family as a result of engaging with the campaign. 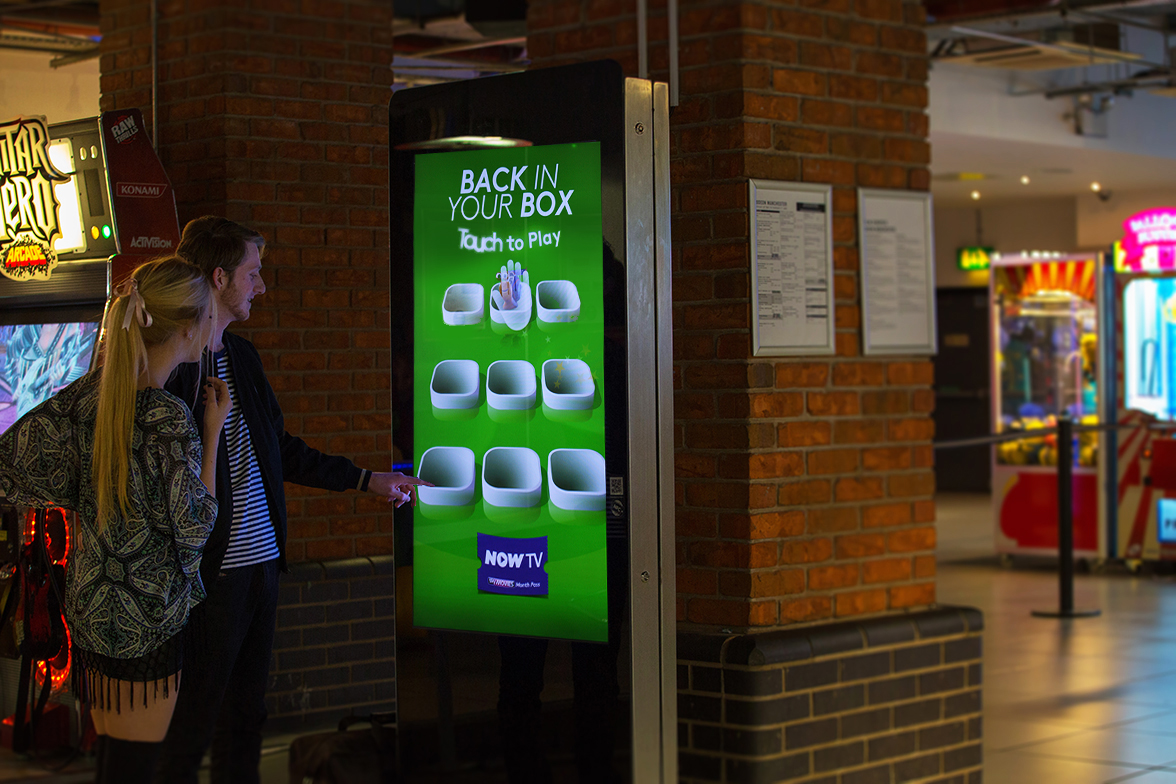