Pride in London drew on user generated content for a multi-stage marketing campaign to spread this year’s ‘#FreedomTo’ Pride theme. The campaign, which is the first ever for the event, saw members of the public being used in the promotional activity in the run-up to the parade.

In order to engage with the public, the campaign incorporated a call to action which encouraged people to submit their own personal #FreedomTo messages via social media. The most engaging entries were then shared on Digital OOH inventory across London. DOOH was also used to display live video content from the various events taking place across the capital. #FreedomTo was amplified by Bus Supersides, Underground station gateways, Digital Escalator Panels and Cross-Track Projections screens.

The campaign not only captured people’s imagination but it gave them a platform upon which they had the freedom to say what they liked and communicate a very powerful message. 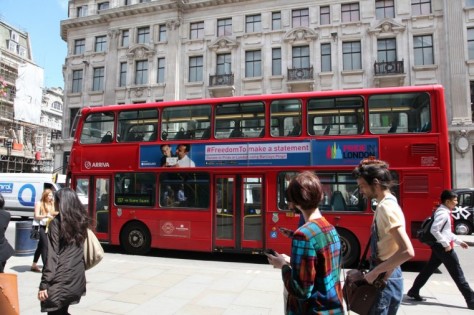