With competition in the hand-held device market at an all time high, Samsung needed to stand out from the crowd with the launch their latest and most technologically robust smartphone - the Galaxy S4.

A multi-format Out of Home campaign was devised to build pre-launch awareness, generate desire and evoke action. Activity commenced one week prior to the launch, with a “countdown to launch” creative used on all sites.

The flexibility of the Digital OOH sites allowed for a daily countdown to run. This tactical element of the campaign allowed Samsung to heighten anticipation around the GS4. Iconic roadside, underground and rail sites were specifically selected in London and key regional cities based on a combination of metrics including quality, audience profile and retail-focus. These were supported by building wraps, a host of digital formats and backlit billboards. Retail support was provided by 6 Sheets and premium large format billboards in shopping malls throughout the UK.

This all encompassing OOH campaign not only helped the GS4 become the fastest selling Android smartphone of all-time, but it resulted in the GS4 becoming the fastest selling smartphone in Samsung’s history. The OOH campaign delivered 61 million target audience impacts. In the UK, the GS4 launch campaign helped Samsung become the second most positively-viewed brand. According to YouGov’s BrandIndex, Samsung’s Buzz score also increased five places year-on-year. 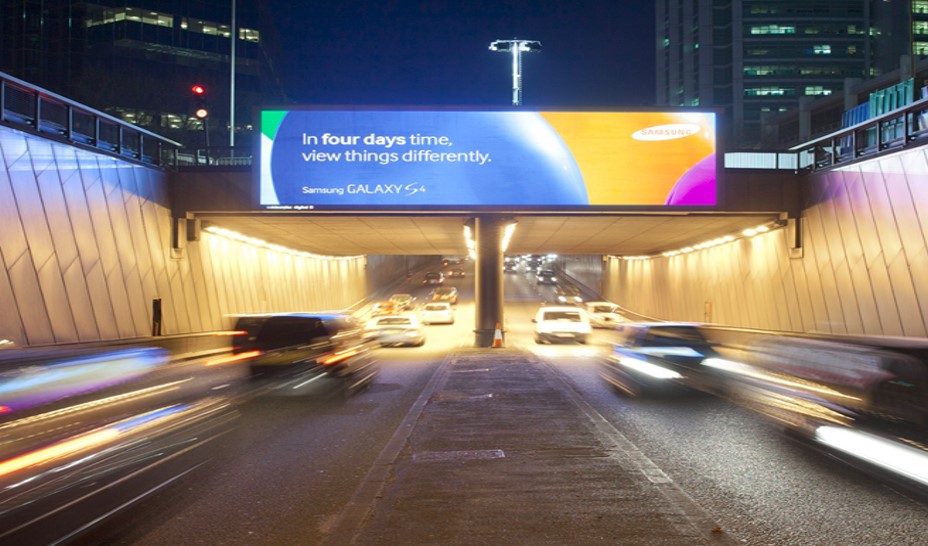