OPEN Media are supporting International Women’s Day for the third year running, this time in support of leading UK breast cancer awareness charity CoppaFeel!. The combined out of home and social media campaign will feature a call to action in the form of a QR code, which will take the general public to the charity’s web-app, the Self-Checkout, designed to guide people through the steps of getting started with self-checks.

CoppaFeel! ambassadors Olivia Bowen and Vicky Pattinson will lead the campaign, alongside the charity co-founder Kris Hallenga and their team of volunteers called the ‘Boobettes’, who are women who have had a personal experience with breast cancer. Although breast cancer risk increases with age, it is the most common cancer amongst women aged 25-49. Many of these breast cancers will be diagnosed following a presentation of self-detected signs and symptoms, so the use of the QR code will be an impactful call to action.

The nationwide campaign will feature over 70 women from a diverse range of backgrounds, industries and ages, and will display quotes about what International Women’s Day means to them. This year’s IWD theme is #BreakTheBias, with the 2022 campaign has nods to this running throughout, and is sponsored by Liverpool based company MSB Solicitors.

International Women’s Day 2022 will be featured on central out of home sites in Liverpool, London, Manchester, Sheffield and Plymouth and will run for two weeks, from Tuesday 8th March until Tuesday 22nd March. The out of home activation will be supported by two weeks of social media content.

“CoppaFeel! exists to challenge the stereotypes of those affected by breast cancer and to empower everyone to get to know themselves, regardless of their age or background. We are thrilled to be part of OPEN Media’s campaign this International Women’s Day and hope that above all else people take away the message that knowing your body could save your life.”

“Our International Women’s Day campaign is a pillar of our annual strategy of People, Place and Planet - we are passionate about giving back to the communities in which our screens reside. We are honoured to be supporting the brilliant CoppaFeel! with the campaign this year, and helping them to raise awareness around young women prioritising their health” 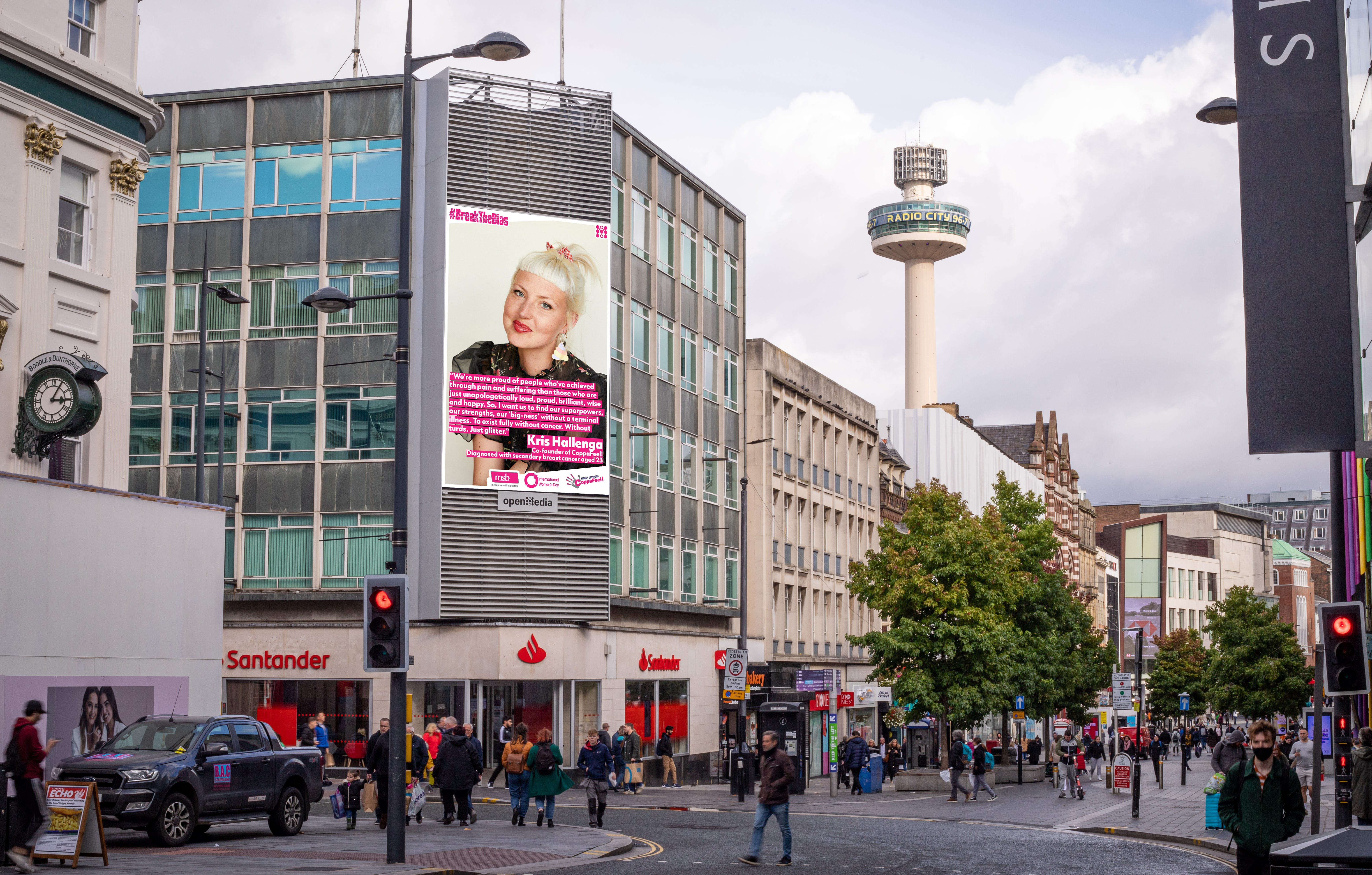