Ocean has assembled a stellar line up of judges for its seventh annual digital out of home competition which fosters and showcases the best creative work in DOOH advertising, including full motion, subtle motion and interactivity.

The 2016 experts are drawn from a collective of agencies, specialists, partners, premium out of home landlords and industry commentators.

For the seventh consecutive year, Ocean is seeking pioneering digital out of home concepts from brands, the creative community and agencies. Entrants have the opportunity to win a share of a £450,000 prize pot and a chance for their work to be showcased on Ocean’s iconic DOOH networks across the UK, and for the first time in Hong Kong and New York too.

This year there are two categories for the best interactive and creative submissions.  It is free to enter the competition, which is open until September 8. The winners are announced at an industry summit and awards giving held at the IMAX in London on October 13.

Ocean head of marketing Helen Beacham said: “Ocean’s competition has educated and inspired the out of home industry and helped pioneer the creative success story of digital out of home as it continues to evolve. It has always been our ethos to stimulate understanding and exploitation of the medium to the best possible effect. We’re confident the 2016 competition will inspire some big, new ideas that will surprise and inspire in equal measures.”

One of last year’s winners, created by 23red for NHS Blood and Transplant, used innovative augmented reality (AR) technology to encourage the public to offer virtual blood donations via an app linked to premium out of home screens.

Look At Me, the acclaimed Women’s Aid digital out of home campaign which won Ocean’s 2014 competition went on to receive two coveted Cannes Lions. Created by WCRS, Look At Me won the Gold Lion in Outdoor and a Silver Lion in the Cyber category.

Pennies for Life, another charity campaign developed by DLKW Lowe for the Ocean competition, won a Gold Cannes Lions in Mobile in 2013. And British Airways was also shortlisted for an interactive out of home broadcast live from the Caribbean six years ago. 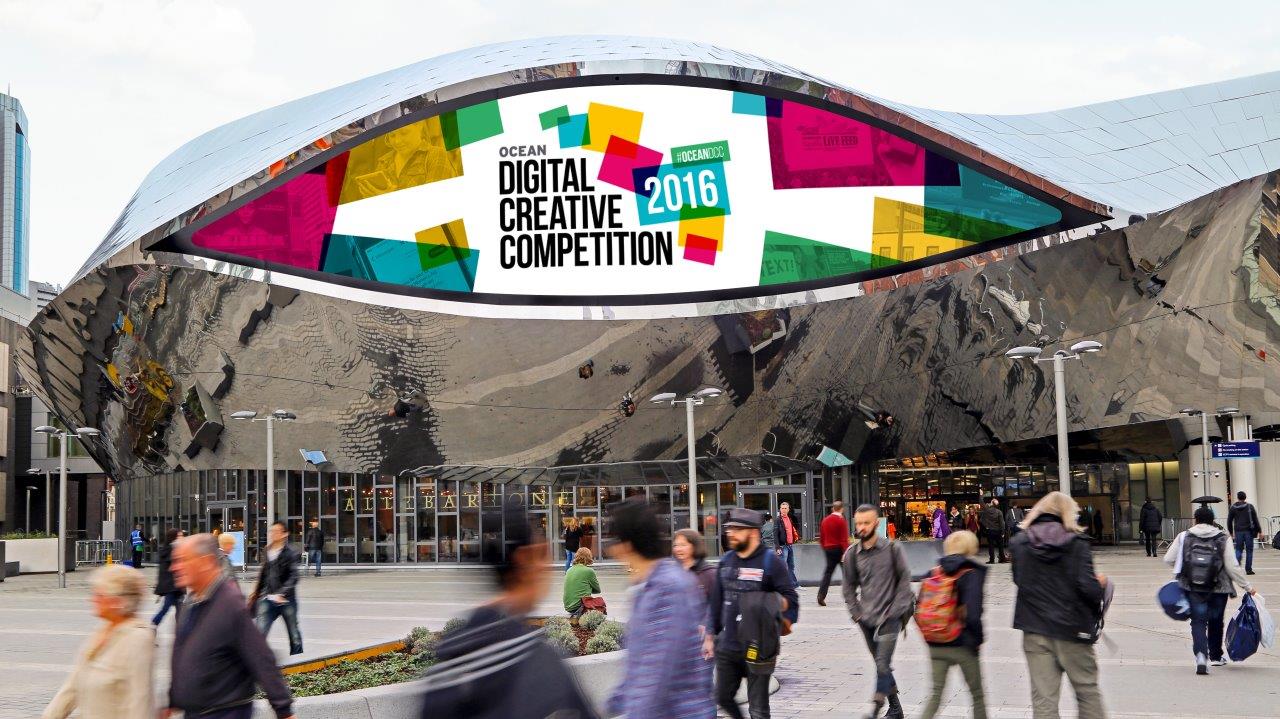