OPEN MEDIA LAUNCH ‘WHAT MEN CAN DO’ CAMPAIGN

VIA OUT OF HOME AND SOCIAL MEDIA

Independent out of home media owner OPEN Media have launched a digital OOH and social media campaign to contribute awareness around the safety of women.

The campaign features anonymous suggestions from women about what men could be doing to make them feel safer when out and about - whether on the streets, on public transport or in enclosed spaces.

What Men Can Do has been designed to prompt men to examine their behaviour around women, and to join the wider discussion happening in the UK which has been sparked by the tragic murder of Sarah Everard.

Women are encouraged to join the campaign on twitter by contributing their own suggestions of ways men can improve their behaviour. The quotes will be shown anonymously on OPEN Media’s nationwide digital OOH portfolio.

What Men Can Do follows a prolific International Women’s Day campaign which was designed to celebrate inspirational women across the UK. The company are committed to championing women, which is reflected in their majority female team, and addressing the issue of women's safety by using their huge digital platform was a natural choice.

“This campaign is so important on so many levels. To think women feel unsafe in public in the current climate is very disturbing.

By utilising our city centre screens we have designed a campaign with some call to actions about how men can help women feel more safe in public. This will be displayed on our national portfolio as well across our social media platforms.

We delivered a campaign last week for IWD which proved how OOH and social media combined is very powerful! I encourage people to get behind this campaign and share as much as possible.”

OPEN Media are an independent out of home media owner based in Liverpool and London. The company specialises in large format and D48 digital screens and urban banner sites, and has seen growth in their team and portfolio, despite the COVID-19 pandemic. 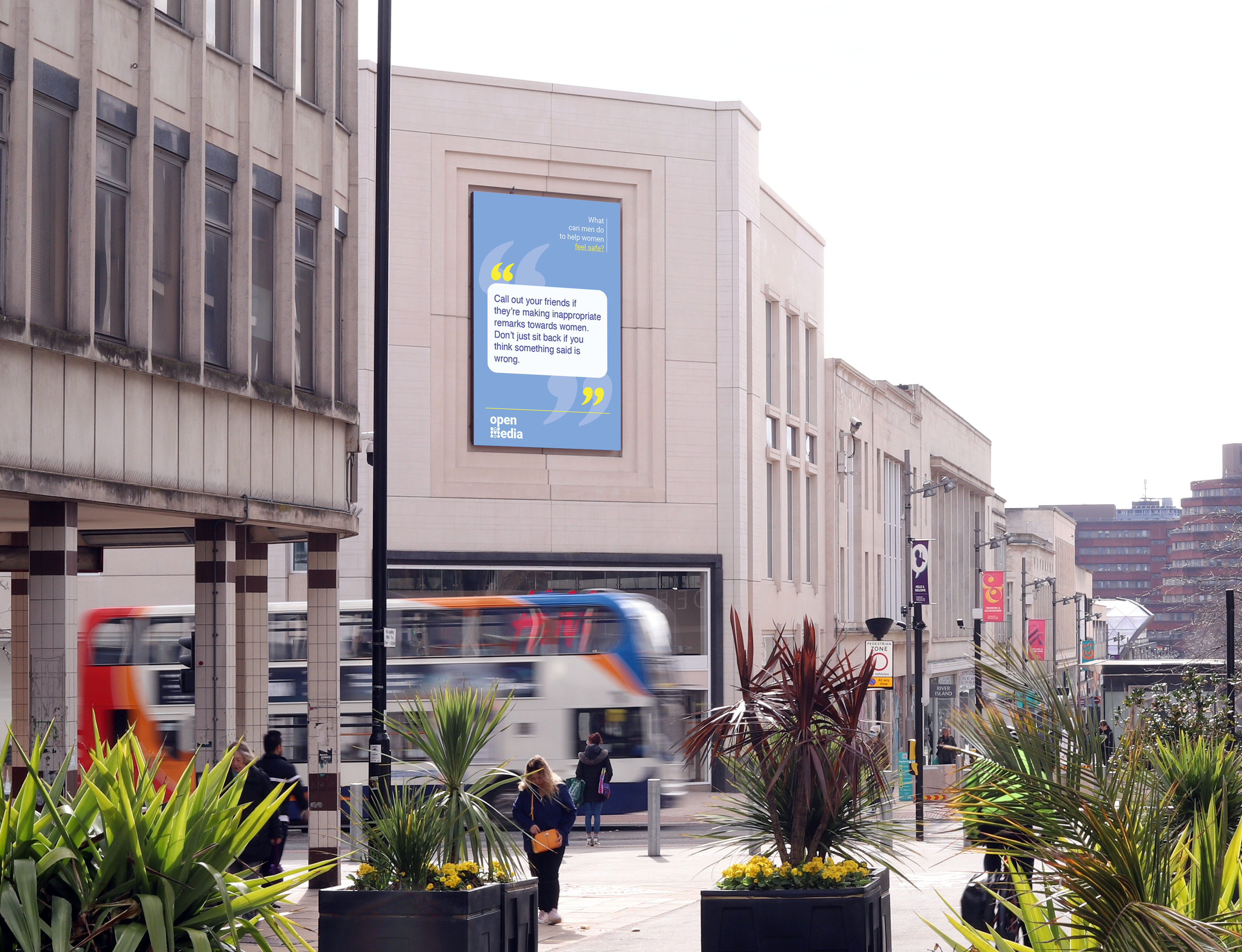