talkRADIO, a bold, new speech radio station launching on the 21st March, will be brought to life via a unique, real time adaptive and integrated marketing campaign, devised and activated by leading media agency Mindshare. The campaign will champion talkRADIO’s greatest asset; thought provoking opinion, projecting presenters’ and listeners’ opinions on a variety of topics from across the digital media spectrum, as it happens live on air.

Mindshare’s social listening team will work alongside talkRADIO’s editorial team to identify which news stories are likely to trend on the day using two social listening tools, Spike & Mashable Velocity. As these stories are then discussed on air, opinions from the presenters will appear as headlines on large digital OOH sites across London from the day of launch, reaching up to 3.1m people. These DOOH sites will be updated in real time throughout the day and as different presenters take to air, discussing different stories.

A similar mechanic will appear in a series of native adverts in Metro’s Talk section over a period of two weeks, with copy changing daily, echoing the DOOH creative and keeping as topical as possible.

Experiential activity on Thursday 24th March will feature a physical hot-line phone connected to a digital OOH pedestrian site in Westfield, which will invite passers-by to pick up the phone, live video-linking them to the talkRADIO studio and allowing them to have their say on-air.

Social media activity will include a ‘tweet to complete’ campaign, inviting the public to tweet their opinion to a particular headline with selected tweets turned into graphics that echo the overarching campaign creative.

Howard Bareham, Commercial Development Director at the Wireless Group, owner of talkRADIO, commented: “Personality is at the heart of talkRADIO, so it’s only right that it should be launched via a campaign that is both opinionated and engaging. Listeners will really get to know talkRADIO, as this campaign puts our presenters’ views on major topics at the forefront, live as they happen.”

Mark Baschnonga, Strategy Director at Mindshare added: “Our campaign aims to punctuate the world of beige comments with the vibrant opinion of talkRADIO’s presenters as it happens live on air. We want the talkRADIO speech bubble logo to become synonymous with witty, intelligent and funny opinion on the stories that matter. We are using a real time media approach to encourage the public to tune in and join the conversation as it happens and it’s a great example of how adaptive creative powered by social insights can help our clients engage their target audiences.”

talkRADIO launches on the 21st March and is set to shake-up the speech radio category with some bold characters and content. The weekday line-up includes Paul Ross, Sam Delaney, Julia Hartley-Brewer, Iain Lee and George Galloway, who will be on-air to tackle the topics that everyone’s talking about with intelligence, wit and humour. The weekend schedule includes magazine-style features from a range of presenters including Eamonn Holmes, Martin Roberts and Penny Smith, focusing on topics ranging from homes and motors, to relationships and the paranormal.

Listeners need to retune their digital radio to pick up talkRADIO. 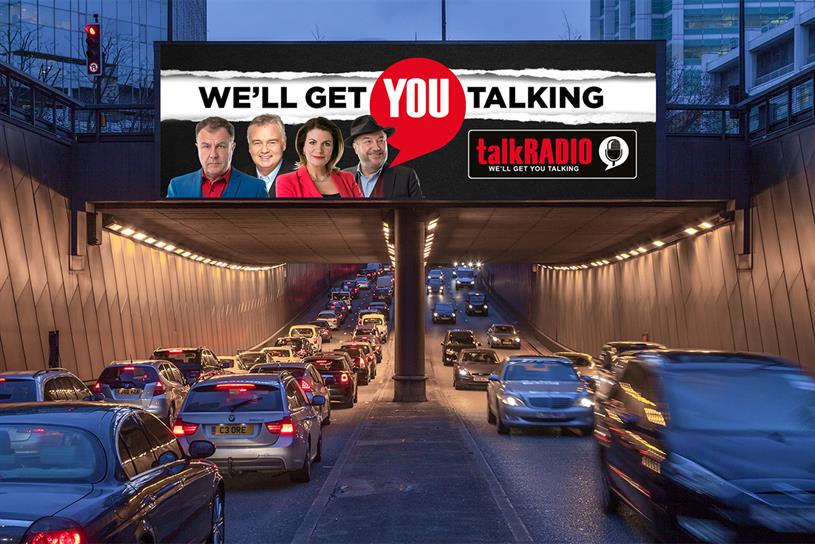 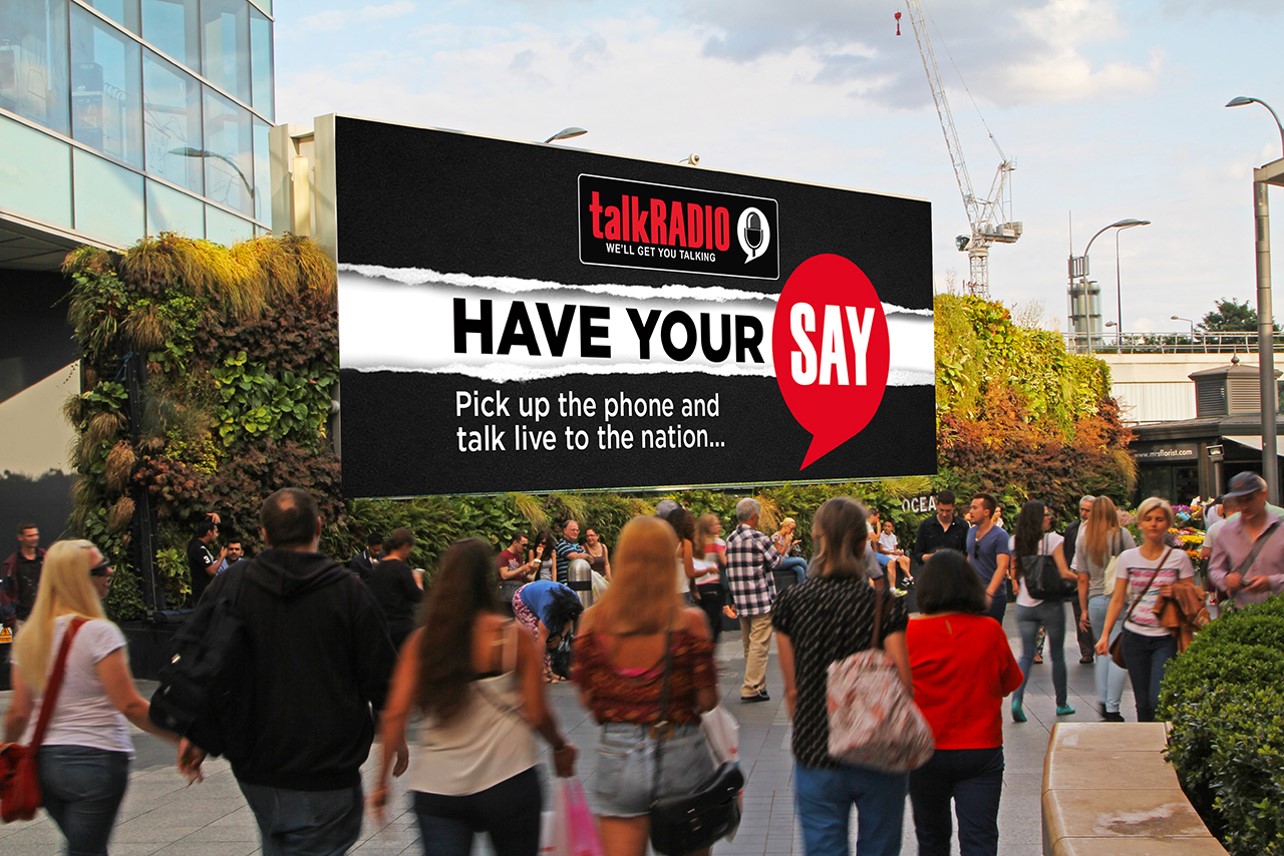