BlowUP lunch ban back for the third year running

The long-standing traditional media lunch was in full swing and enjoyed by many in December, however, as we return to work after the festive period this is about to change. Since 2017, blowUP media have made a huge post-Christmas change by banning their sales team from taking clients out for a media lunch during Q1.

Instead, they must think creatively and find new ways to entertain. From cultural events to Boot Camp classes, Go-Karting, Aquariums and Escape Rooms, the entire team have embraced the challenge and sought to get to know their clients and industry colleagues on a greater level.

The huge positive effect the campaign has had on staff wellbeing and their relationships with others in the industry has gained acclaim and support from industry bodies such as NABS and great feedback from those who have taken part over the past couple of years:

“I just wanted to drop you a quick note to say thank you – the aquarium was such a fun and different thing to do and I’m sure I speak on behalf of everyone when I say we had a great time” – Pri, P&G

“Who knew being locked in a room together could be so much fun?” – David, Talon Trading

Capitalising on the combination of festive overindulgence and a fresh set of goals or resolutions for the New Year, blowUP is hoping that this year’s media lunch ban will be the biggest, broadest and best yet.

Sales Director, Howard Staines said of the lunch ban’s return: “A key theme this year will be to encourage and reward creativity. We want all of our staff to be involved, by making suggestions for varied and interesting alternative lunch ideas that will either stimulate the mind or be good for health. Additionally, we want our clients to be involved in that decision too. If they have ideas of activities that they would like to try but perhaps haven’t found the time to do so, then we are all ears!” 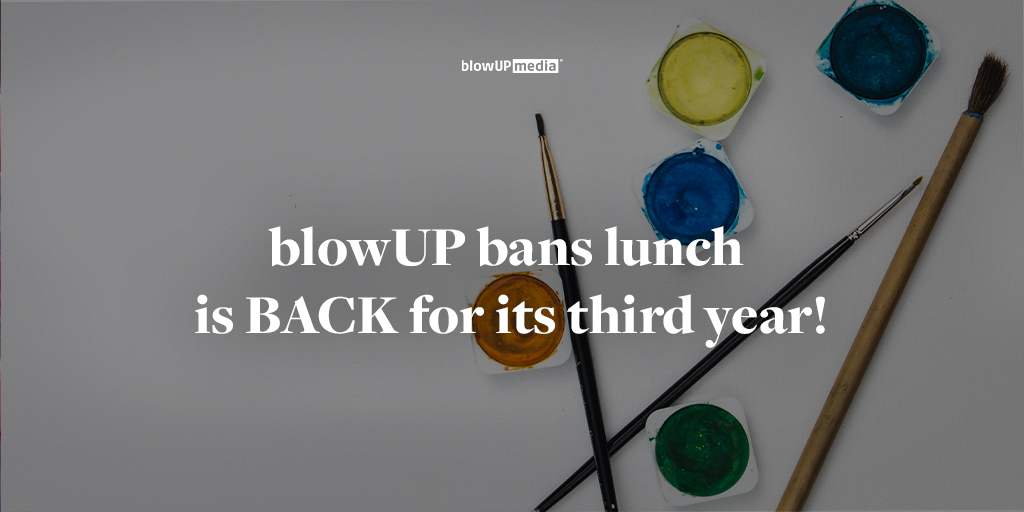