With the target audience 18-24 young urbanites, Coty has picked key locations in London, Manchester, Newcastle and Glasgow to create instant fame for the brand in areas where this hard-to-reach audience abounds.

The campaign, which has been planned and bought by media agency Zenith and OOH specialist Posterscope, will run on blowUP media’s sites at Old Street/Rivington Street in London, Manchester Central, Newcastle Central and Glasgow Central.

At sizes ranging from 60 sqm to 472 sqm, the size and scale of blowUP media’s sites will enable Calvin Klein to dominate those locations and “own” the conversations with the passing audiences. In total, the four sites will deliver more than 3.7 million impacts over the campaign period.

Simon Russell, sales director of blowUP media UK comments: “The Atlas Study showed us that 70% of the audience notice a Giant Poster after one viewing, this campaign will enable Calvin Klein to grab the audience’s attention and set up a quality dialogue with sought-after young urbanites.” 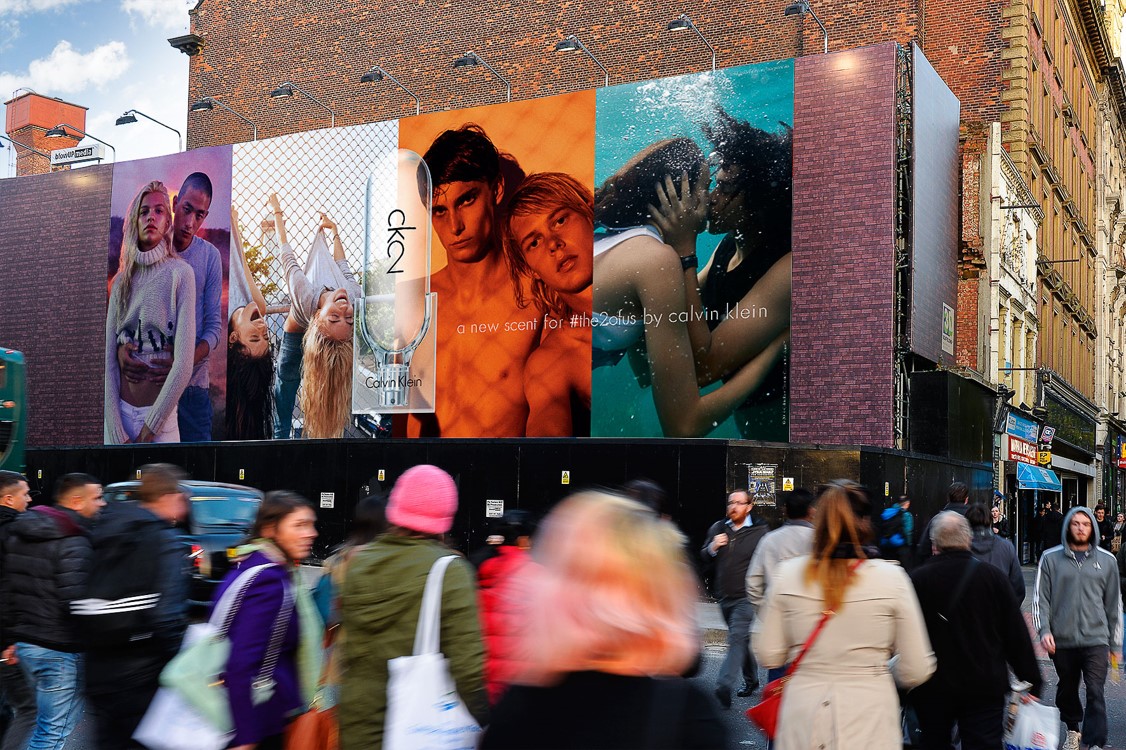