Ocean is rolling out its award-winning Two Towers® digital out-of-home concept to Leeds, the UK’s fourth biggest city by population.

Two Towers® Leeds will dominate the A61 approach to Leeds, targeting motorists travelling in both directions along the inner city route which connects the East Midlands with Yorkshire.

“The Two Towers Leeds® is another milestone in our unique digital cities for digital citizens proposition which is designed to connect brands, advertisers and retailers with modern city dwellers.”

The Leeds Two Towers® joins those already operated by Ocean in London’s financial district and on The Mancunian Way, Manchester, and Ocean has plans to build a fourth gateway in Birmingham next year as part of its UK wide 2019 DOOH development pipeline.

*The image is an Artist’s impression of the new gateway. Photocredit: Ocean Outdoor. 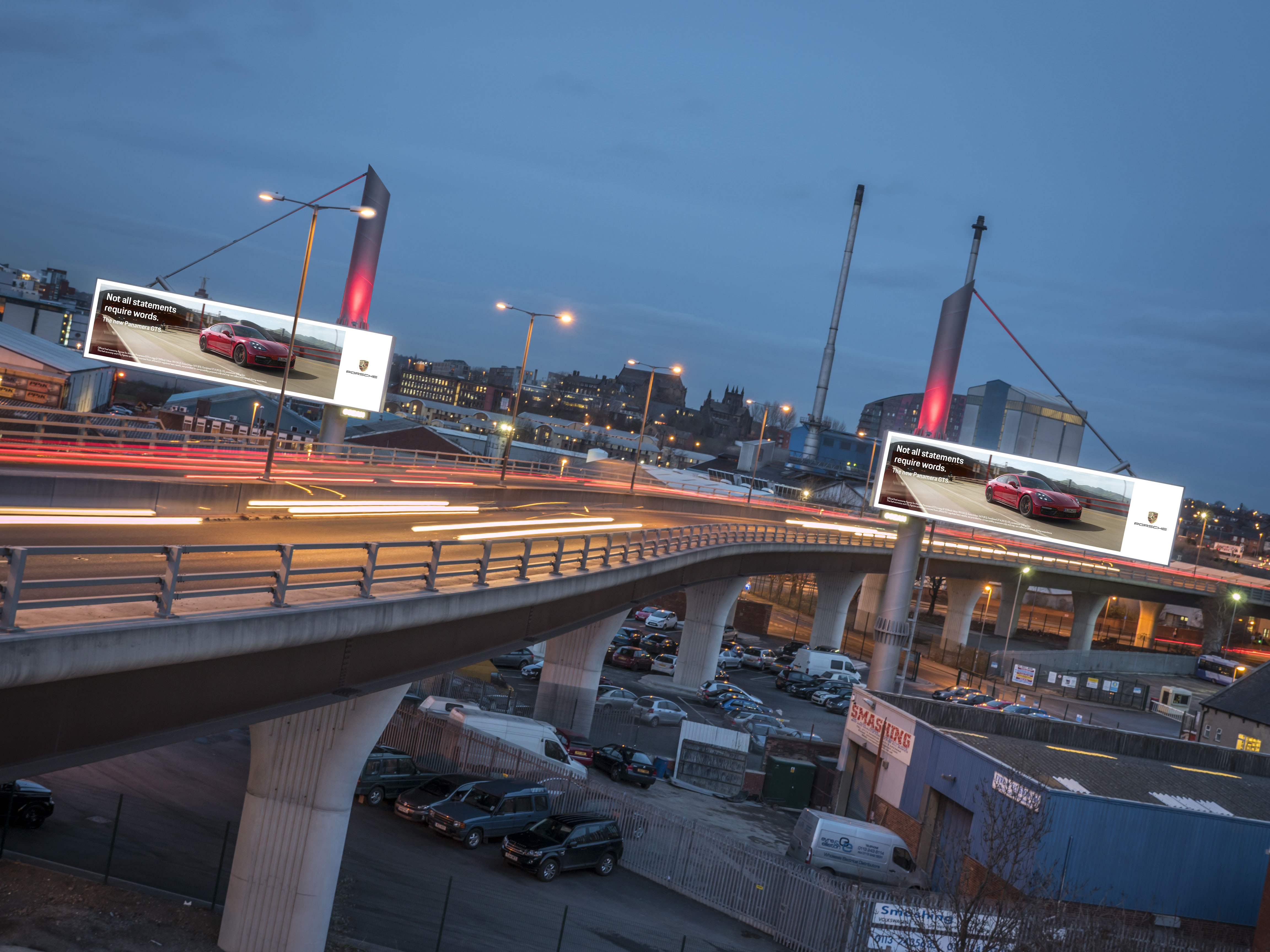