New research has confirmed the world-famous Piccadilly Lights, owned by Landsec, is a modern global landmark and prestigious brand advertising platform which engages positively with audiences on an emotional level.

The annual study was conducted by digital out-of-home media owner Ocean which operates the Lights. It maps the growing popularity of the Piccadilly Circus London screen as a powerful, safe and trusted advertising medium which builds consumer brand confidence.

Ocean’s attitudinal survey of 400 people compares responses to the first wave of research which was conducted shortly after the new Lights were switched back on in October 2017.

Transforming the iconic advertising display into a responsive entertainment destination supports the hypothesis that the Piccadilly Lights grows and amplifies brand perception and fame.

One in five people visit Piccadilly Circus just to take a picture of the advertising display (up from 16 percent in 2017). 31 percent visit because it’s a global landmark of historical interest.

Ocean chief marketing officer Richard Malton said: “By mapping the attitudes and mindsets of Piccadilly’s diverse audiences, we have captured how well resident and shorter term advertisers are remembered and perceived.

“It is clear that the Lights are regarded as a safe and trusted medium, an outcome that sets digital out-of-home apart from other advertising channels. The Piccadilly Lights is a prestigious asset which is exceeding the expectations of digital, mobile citizens, validating our hypothesis that this is one of the world’s most powerful advertising spaces.”

Christine Baldwin, head of portfolio management at Landsec, said: “The Piccadilly Lights is an iconic symbol within the capital, and it’s great to see that people continue to think of featured brands as both prestigious and first-class within their industries. This goes to show the immense opportunity that advertising on Piccadilly Lights offers to brands of all shapes and sizes, providing a platform where up-and-coming businesses can sit directly alongside household names.

“With the marketing mix more varied than ever before, it’s encouraging to see that a premium location never goes out of fashion – and that out-of-home can be just as exciting as other forms of advertising. But it doesn’t have to be a case of ‘either, or’ when it comes to marketing a product – the right campaign advertised on Piccadilly Lights can succeed on social media, too.

“We’re extremely proud of how the Lights have performed, and we’re excited to see how advertisers use them in 2019 to continue to deliver fantastic experiences for city-dwellers and tourists alike as they pass through one of London’s most well-known spots.”

Emotional impact is also evidenced by the positive sentiment of Twitter posts like those generated by Victoria Beckham’s decision to use the Lights to broadcast her debut London Fashion Week show.

Ocean measured the reach and sentiment of content shared by fans on their social channels (source: Pulse). Twitter posts delivered 6.11 million impressions and recorded a near perfect score for “Joy” (95 percent) on the sentiment index.

Responses were led by the designer herself who tweeted: “I’ve always wanted to see my name in Lights.”

The second wave study was conducted for Ocean by Opinium. Fieldwork was conducted in London, Birmingham and Manchester in September 2018.

400 face to face interviews; 200 were exposed to advertising on the screen and their responses compared with 200 control interviews who had not seen the advertising. 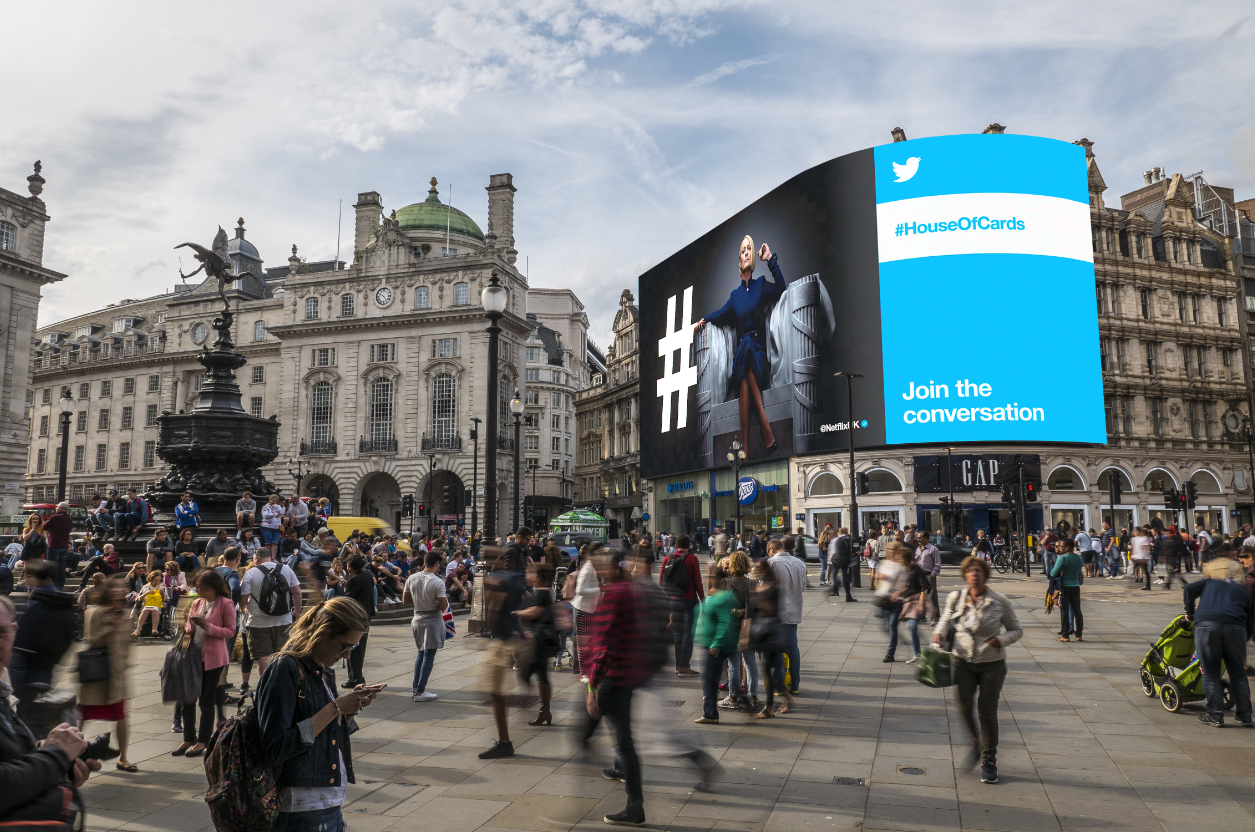 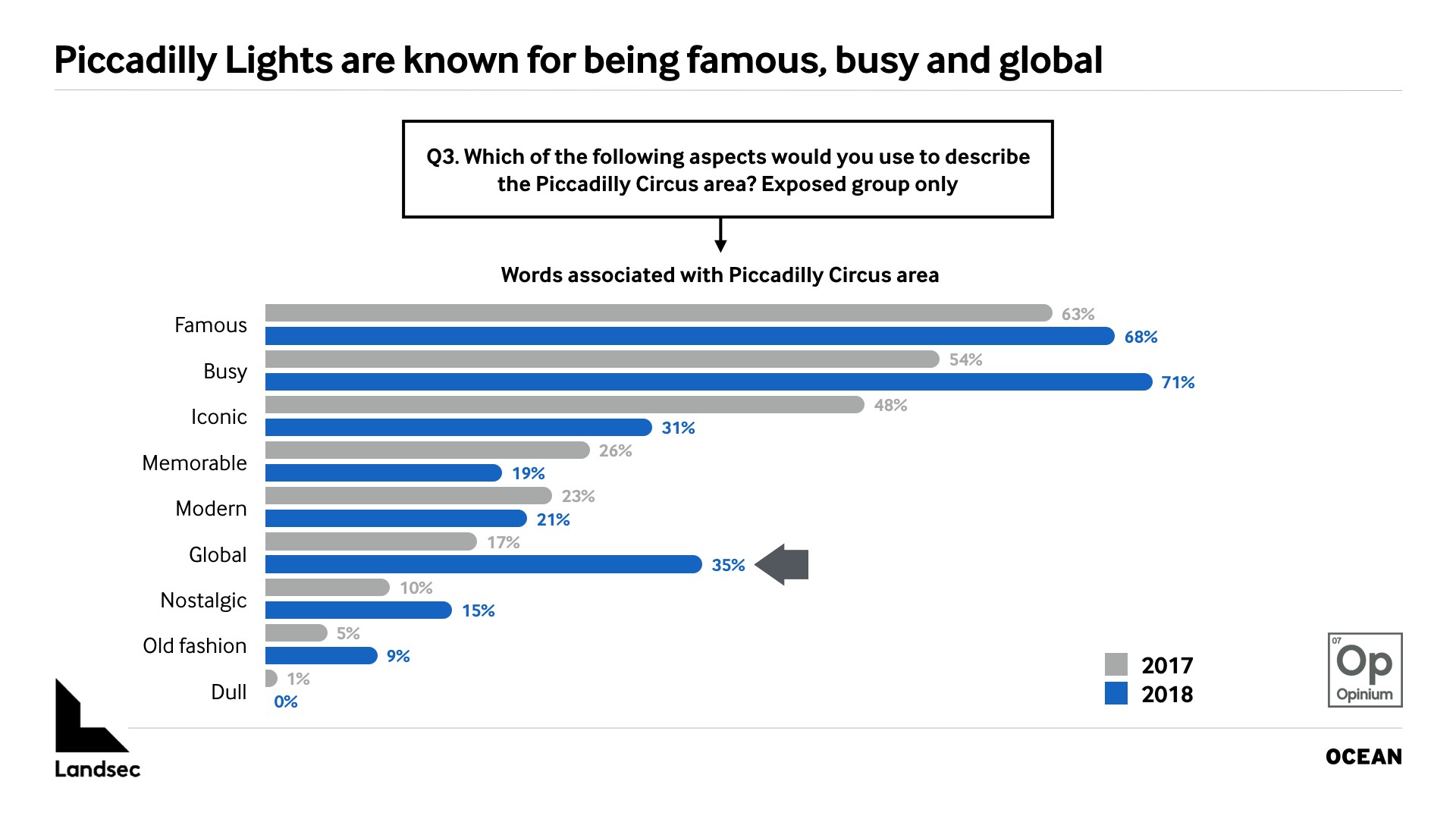