OPEN Media are supporting Pride Month 2020 by running a month-long nationwide campaign across their social media platforms and digital and static out of home locations. The campaign features members of the LGBTQ+ community portraying what pride means to them, and why it is still so important.

Alongside the series of inspirational quotes featured on OPEN Media’s digital screens, the company has collaborated with Agent Marketing and MSB Solicitors to take over the static banner on Lime Street all in the name of Pride.

Pride month is a celebration, and most importantly a time to shine a light on the issues still faced by the LGBTQ+ community to this day.

OPEN Media are an independent out of home media owner that specialise in large format city centre digital screens. The company made their move into London in 2019 with their Boxpark Wembley site, their first screen outside the north.

"At OPEN Media we are committed to creating conversations surrounding important causes, and it is so important that we utilise our large platform to focus on the adversity still faced by the LGBTQ+ community. We want to use this opportunity (particularly in such a strange time) to lift them up and have a celebration”

“As an agency, we are exceptionally passionate about fighting for equality and diversity, not just during Pride, but each and every day. We’re incredibly fortunate to have the opportunity to work with two like-minded organisations, who share our values, to support LGBTQ+ communities.”

OPEN Media is a Liverpool based independent media owner. OPEN specialise in large format premium out of home advertising. With a number of sites across the north west, the acquisition of Boxpark Wembley is OPEN’s first site in London. 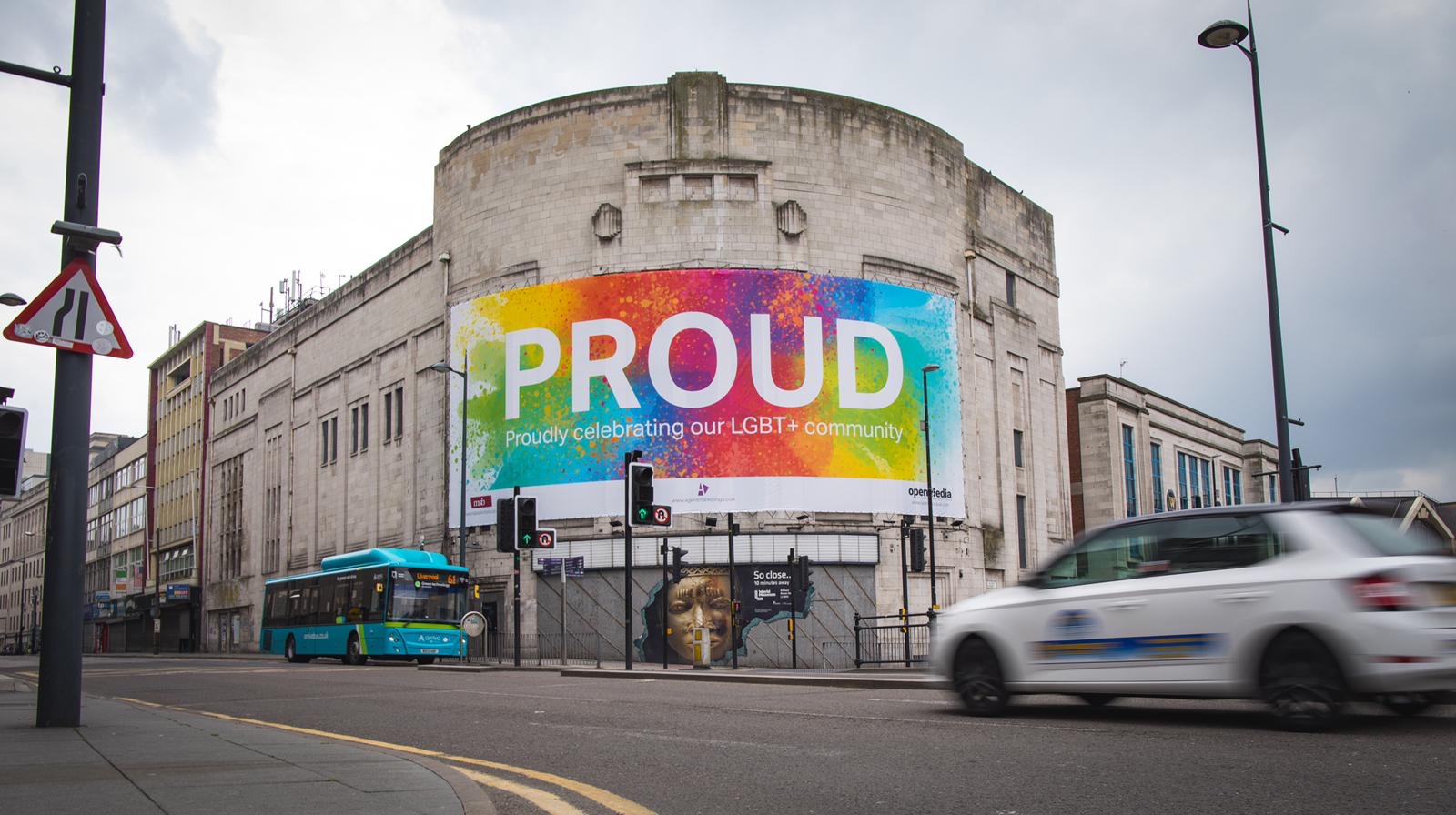