Team GB has revealed details of its exclusive content partnership with digital out of home owner Ocean as it unites the nation behind the team prior to, during and after Rio 2016.

The deal will see Ocean turn the nation red, white and blue with “as live” sporting images are carried across its 180 premium screen digital portfolio in nine UK cities as the Games play out. The partnership extends content across those screens operated by Ocean’s sister company, Signature Outdoor.

Team GB is predicting another strong performance from the squad in 2016 - and every medal win will be relayed as it happens.

Ocean’s screens - including the colossal IMAX banner in London’s Waterloo - will turn from white to either bronze, silver or gold as the medal tally rises.  Accompanying exclusive media content will be supplied by Getty images, allowing the nation to celebrate immediately and together during each “Medal Moment”.

Team GB commercial director Simon Massie-Taylor said:  “This is the first time the British Olympic Association has partnered with an out of home media owner. Unique content, news, insight and updates generated from within the Team GB camp will keep the British public right in the centre of the Games experience in Rio across Ocean’s platform.”

Ocean marketing director Richard Malton said: “Being recognised as a true, live streaming platform is a real watershed moment for DOOH and exclusive content will be key in such high impact environments.

“Naturally we’re delighted to be working with Team GB in helping to recreate the excitement we all experienced in 2012 for the British Olympic team competing in Rio next year.” 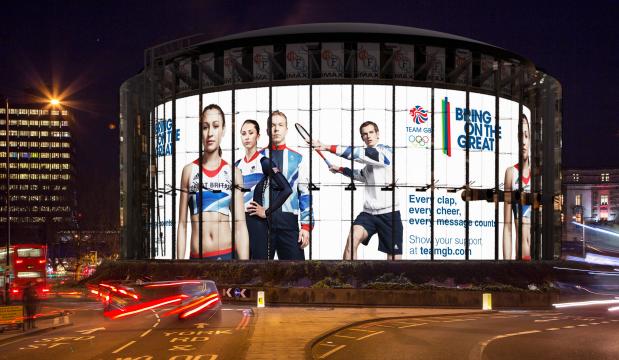 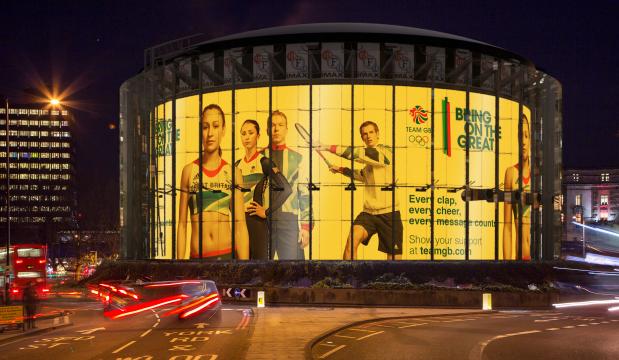